For links to other sites relevant to individual liberty, free-market economics -- with refutations of Establishment "liberal" myths & left-wing fallacies -- and information about the freedom movement and the "Constitutional Underground" -- and how to help take America back from the corporate socialist elitists and the socialistic Screw World Order, check out the following:

Obama Joke Site -- what the Obamacrats don't want you to find

The Freedom Party of Ontario

The London Capitali$m Web! -- Simply excellent. Filled with thought-provoking facts and intellectual ammo in the defense of freedom and free markets.

The Free Radical -- Online Edition Politics, economics and life as if freedom mattered

The Library of Economics & Liberty

Liberty Haven -- Here is a wealth of essays and research papers -- thousands of articles!  May have moved, but no new URL yet found.

Townhall -- An interactive internet community of conservative & libertarian think tanks, public policy organizations, and individuals. It is also an excellent source of news and perspectives you won't get watching TV.

Bastiat.org All about Frederic Bastiat in both English and in French

Bastiat.net Sponsored by the Cercle Frédéric Bastiat, this site, like its partner site above, is dedicated to the life and works of Frederic Bastiat and includes French, English, and German sections.

FredericBastiat.com -- dedicated to the ideas and implicatoins of Claude Frederic Bastiat especially as they relate to the proper role of government and the general policy of laissez faire.

Libertarians on the Air!


Forfeiture Endangers American Rights Investigate the outrageous attacks on private property and the arbitrary confiscations by rogue government. F.E.A.R. keeps you posted on this unconstitutional license to steal.

Separation of Education and State

Institute for Justice -- a top-notch team of legal eagles on the cutting edge of aggressively defending our economic liberties, private property rights, and the right to free speech, not only on paper but also on the Internet.

Jews for the Preservation of Firearms Ownership

PersonalArms.com-Anti-Crime Products -- Stun guns, pepper spray and other items for personal self defense

Policy of Liberty -- Author and economics professor Dr. John Cobin's award-winning home page and website on freedom and free-market economics; in both Spanish and English.

-- The Ironpants website is a resource on freedom and constitutionalism against the creeping crypto-totalitarianism of liberal socialism.

The Oceania Project -- a far-out vision with fascinating possibilities, or a libertarian utopia? You be the judge!

The Official G. Gordon Liddy Show Website  If you listen to Gordon Liddy's radio program for a few weeks, you will discover that there is much more to this man than just a Watergate ex-con or an actor on "Miami Vice"!

Forex Forum
Discuss the fastest growing market in the world with fellow traders from all levels of experience.

The Jefferson School of Philosophy, Economics and Psychology

Prof. George Reisman's Program for Self-Education in the Political and Economic Philosophy of Capitalism

The most thorough and uncompromising intellectual defense of Market Capitalism ever published is now available to the world! Going beyond such great pro-capitalist works as Capitalism the Creator by Snyder, Human Action by Mises, and the almost encyclopedic Man, Economy, and State by Rothbard, Professor George Reisman of Pepperdine has brought forth the most lucid, scholarly, comprehensive treatise on market economics and in defense of economic freedom - the freedom to buy and sell without coercive interference -- yet published. CAPITALISM by Dr. George Reisman is the book Fortune magazine dubbed "the latest capitalist manifesto"! If the issues and controversies surrounding the debate between private property-based market capitalism on the one hand and socialism and other forms of political interventionism on the other interest you, this book is "the last word" -- if any book could be said to be the last word on any subject. The third edition is now available for purchase. Prof. Reisman's magnum opus is not only the irrefutable coup de grace to socialism, but a systematic challenge to all other forms of statism as well, and even ends up with suggestions for the key steps and reforms needed for building a 21st Century free, economically advanced society. Capitalism by Professor George Reisman

www.Capitalism.org -- Excellent new website in defense of philosophical individualism and free-market capitalism from an Objectivist perspective

Bob McTeer Check out the surprisingly refreshing observations of the President and CEO, Federal Reserve Bank of Dallas

Contacting the Congress This is a very up-to-date database of congressional contact information, including FAX numbers and email addresses! Your influence counts -- USE IT!

Email Megalinks Page Howard Philips provides an excellent set of resources for conservatives and libertarians who want to make their influence count by sending email to government officials, talk shows, and media contacts.

FreeRepublic.com Another excellent resource for the pro-freedom activist! Check it out.

Young America's Foundation The voice of freedom on campus! 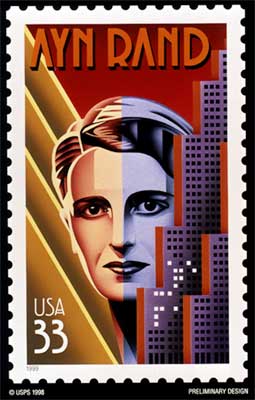 An introduction to and general resource on the philosphical underpinnings of individual rights and personal freedom within social order.

www.Capitalism.org-- Excellent new website in defense of philosophical individualism and free-market capitalism from an Objectivist perspective

The Center for the Advancement of Capitalism

The Importance of Philosophy -- Philosophy is inescapable. Know explicitly what your ideological principles and standards are -- instead of being a slave to the subconscious notions, ideas, and other people's philosophical beliefs picked up throughout life.